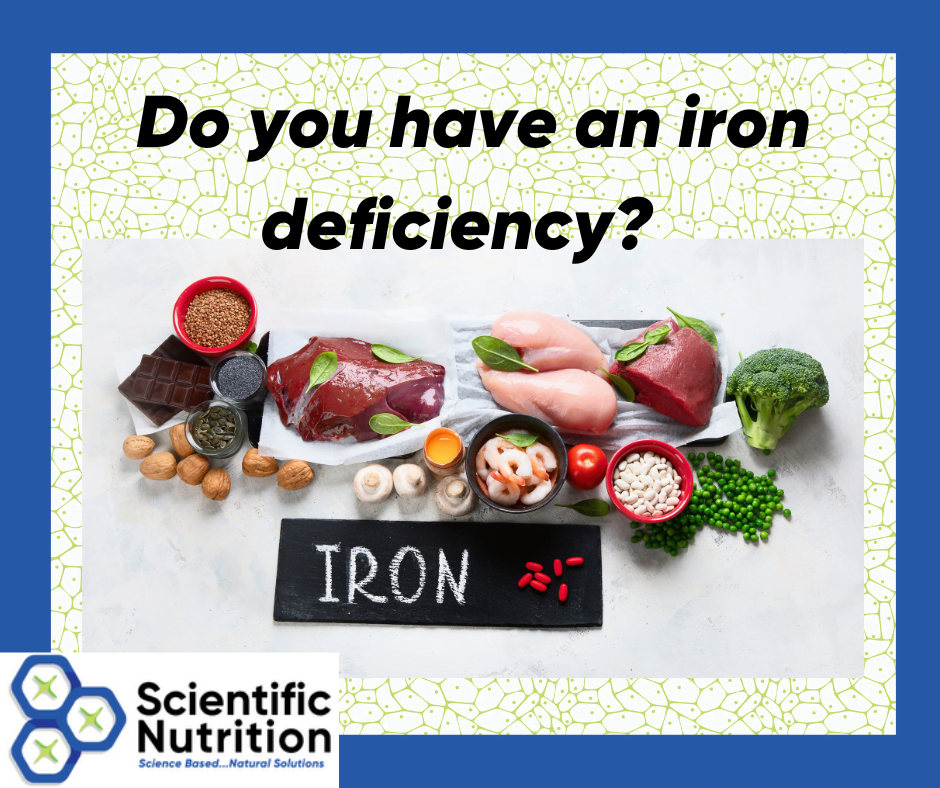 Iron deficiency can result in anemia.  It is an issue for millions of people worldwide.

Why is iron important to the body?

We need the components within iron to carry oxygen and release it in every millimeter of our body.   We have all heard of hemoglobin which is the oxygen carrier in our red blood cells but have you heard of myoglobin?  Myoglobin holds oxygen as a reservoir in muscles.  The red blood cells shuttle between your muscles and lungs to keep a balance between oxygenation as well as the discharged carbon and hydrogens.

How long is iron available in the blood?

Red blood cells live on average for four months.  Dead red cells are removed by the liver cells for “reprocessing” of the protein attached to iron then the cells are excreted.  Most of the iron is then returned to your bone marrow to be used for new cells.

When comparing blood iron levels to hair analysis levels you need to remember the hair test is a month-long view of your storage.  Blood work can change from minutes to days.  The hair mineral analysis can also tell you if you have oxidized (think rusty metal) iron stuck in tissues that may be causing symptoms.  This is iron toxicity triggering one to be angry and very irritable yet it is not normally within their nature.

How much iron is in my body?

Roughly 75% is in the red cells so when we bleed we lose a majority of our stockpile.  This is why women who menstruate need twice as much as men.  We replace iron loss by attracting it from your food with a special protein (transferrin) that transports and delivers it to your liver or bone marrow.  Ferritin is the storage protein for your iron.

As iron is pulled into the intestinal cells to deliver whatever is needed around the body.  The largest needs are in the bone marrow and liver.  A pregnant woman will divert more toward her fetus for the baby leaving her anemic if she is not eating enough daily.

How much iron do I need?

Normally you only absorb about 10% of the iron you eat unless you are depleted then the body will try to compensate by absorbing more if possible.  If you use up your cellular storage you will develop anemia.  When transferrin blood levels rise, you are starting to have an iron deficiency.   You will also have fewer and smaller red blood cells.

A low dietary protein intake can result in not having enough of this vital transportation or iron-storing cells to create red cells for energy delivery.  Once your storage cells are depleted your body can’t make enough hemoglobin to fill up new red blood cells leaving the rest of the cells too small.

What are the symptoms of iron anemia?

A fair-skinned person may look obviously pale as hemoglobin give the pinkish appearance of the skin.  The smaller the cells, the more pale one will look.  These individuals will also be lacking enough oxygen from the lungs to muscles which cut down their energy level.

The lower inner eyelid may appear very pale instead of pink with blood flow if anemia is present.  Cold hands and feet as well as brittle hair, and breaking or ridged fingernails.

Feeling weakness, high/low blood pressure, headaches, dizziness, fatigue, and slower cognitive abilities are common. More serious illnesses such as cancer, diabetes, arthritis, and cirrhosis of the liver are linked to an imbalance as well.

Our brain’s neurotransmitters have enzymes that need iron to communicate so we may have emotional instability or even schizophrenia.

One of the stranger side effects of an iron deficiency is the cravings for ice, starchy items, clay, dirt, and strange non-nutritious items.  Within days of replenishing low levels, these cravings can be eliminated.

It may affect children with symptoms of ADHD, hyperactivity, and lower IQ values.  You can see how a hyper child or tired mom can simply be an iron deficiency!

The good news is that in a rare occasion, the symptoms that first appear are typically the first to disappear as the body rebuilds its stores.  Other heavy metals don’t tend to eliminate so well.

What are some causes of iron anemia?

When should I avoid iron supplementation?

If you are uncertain as to the cause, don’t take them!  You may have a serious condition or hidden bleeding.  The cause could be related to heavy menstruation in women, ulcers, or even cancer.

If you have iron toxicity where the iron is oxidized you will only be adding to the pile if you supplement with it.  You are best eating daily foods to replenish levels with natural foods and push out the toxic form gradually.

How can I raise my iron naturally?

You can gradually rebuild your iron reserves daily by eating iron-rich foods such as:

As you can see the balance of available iron is just as important as detoxifying oxidized iron.  Knowing what is needed for supplementation and dietary needs can be seen on a hair mineral analysis to give you direction to correct the level.  Don’t guess, just test.

Could you have heavy metal Arsenic toxicity?

Why do you need vitamins and which ones?

What does your T4 thyroid hormone do and how to improve T4 conversion?