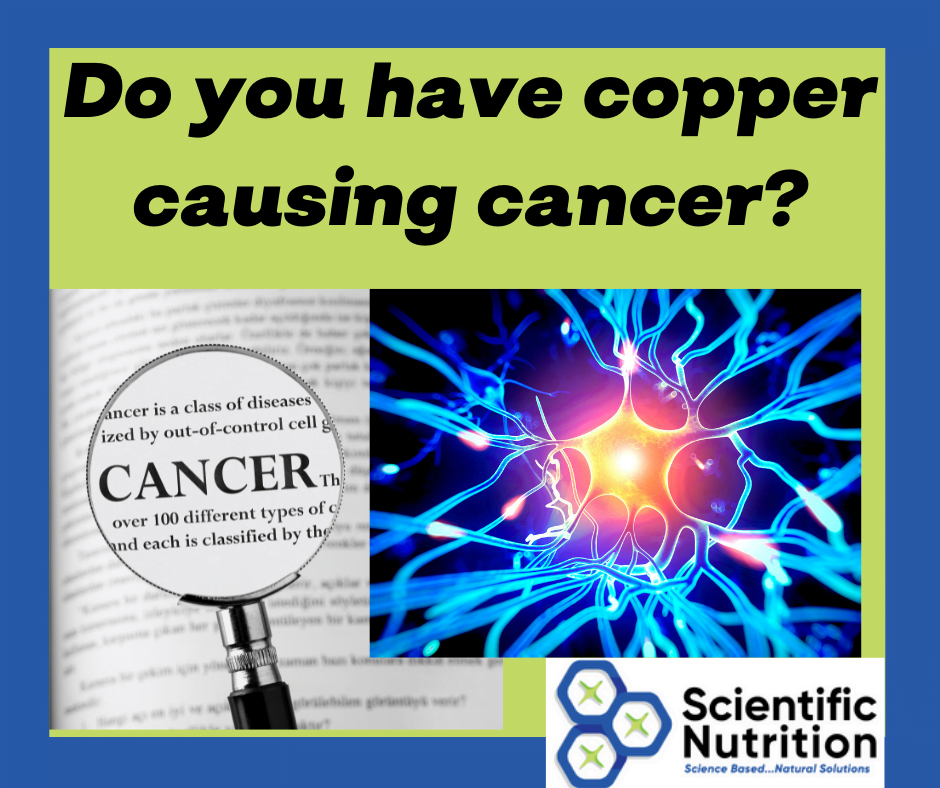 Is copper toxicity putting you at a greater risk for cancer?

Copper toxicity is the most common heavy metal I see on Hair Mineral Analysis of all the toxic elements but it wasn’t until recently that I learned of a link it has to cancers.  I commonly see symptoms such as anxiety, acne, depression, mind racing, OCD, insomnia, candida, and even schizophrenia related to an abundance but this was a big one.

It is a catch 22 as we need copper for creating red blood cells, blood clotting, hormone production, killing bacteria or fungi, a long list of other functions including enzyme reactions.  Maintaining the right balance is the key! 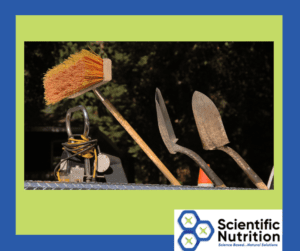 Understanding how our body cleans up damaged or old cells is an important part of why we do detoxification.  It tries to “clean house” but with all of the environmental toxins in our food, air, water, and environment, we need to help it out.  Let’s look deeper into the how and why!

Here are a few examples:

One form is Ferroptosis is genetically and biochemically different from other types of cell death but falls under the Entosis category.  It is dependent on iron and triggered by accumulated lipid peroxides.

What are those? Oxidized (think rusty metal) fatty acids membranes that surround your cells

How is copper toxicity related to cell death?

In 2019  there were 2 small molecules found to be copper-binding carriers that can kill particular drug-resistant cancer cells.  Don’t get lost in the foreign words here, just understand what these molecules do.

When these 2 toxic molecules (elesclomol and ionophores) cause cellular death, it leaves a free radical behind full of minerals and protein for it to grow on.  When fueled by a diet high in carbohydrates and sugar, cancer can thrive.  Even when other cell-killing pathways mentioned above were blocked, cells with copper-binding ionophores died due to their high level of toxicity.

Does copper toxicity cause cancer?

Cells that rely on your mitochondria (the engine of your cells) to make the energy called ATP.  These mitochondria cells are 1,000 times more sensitive to copper than cells that are used to process glucose/sugar into energy.  Even though sugar feeds cancer like rocket fuel, your copper can tip the scale toward developing cancer in a much larger way.

In a recent article written by MIT and Harvard[i], they found copper binds to specialized proteins causing long chains of dangerous clumps of copper.

“Copper is a double-edged sword: too little and cells can’t survive. But too much, and cells die. It’s been a mystery how excess copper is harmful, but we’ve finally figured it out,” said Golub, who is also a member of the faculty of the Dana-Farber Cancer Institute and Harvard Medical School.

How can certain genes be linked to copper toxicity and cancer?

Since discovering the connection between copper-induced cell death, elesclomol molecules could be a weapon against cancers such as those expressing the FDX1 gene.  This gene encodes (like your computer software) a cell protein that elesclomol targets.

A genetic mutation can cause copper toxicity?

When copper is dysregulated we develop a serious disease such as cancer or Wilson’s Disease.  This is a genetic, inherited copper disorder found in 1 of 200,000 people that causes accumulation in the organs and brain.  Having one defective gene from a parent you won’t be affected but may pass it on.  You must have a copy of the gene from both parents to become ill.

Common illnesses such as M.S., psychological issues (bipolar, depression, etc.), and Parkinson’s can appear with copper toxicity without being an indicator of Wilson’s Disease.

Why do I need to detoxify dead cells?

Copper naturally pushes iron down which is necessary for important metabolic enzymes. The effect is a toxic state of stress that eventually kills the cell.  On the other end of the spectrum, iron feeds cancer.

Where does cancer like to steal energy, and nutrients, and grow?  Dead cells or free radicals.  Taking measures of detoxification modalities, specific dietary recommendations, and individualized supplementation learned from your Hair Analysis can help you to clean up to restore your health.

How can I stop my cells from dying?

We do need to expel tired and old cells to maintain homeostasis but there are some things you can do to strengthen the cells you have:

If you would like to ensure you are not copper toxic or to start a mineral balancing program,

Could you have heavy metal Arsenic toxicity?

What are some toxic behavior traits of chemical imbalance?