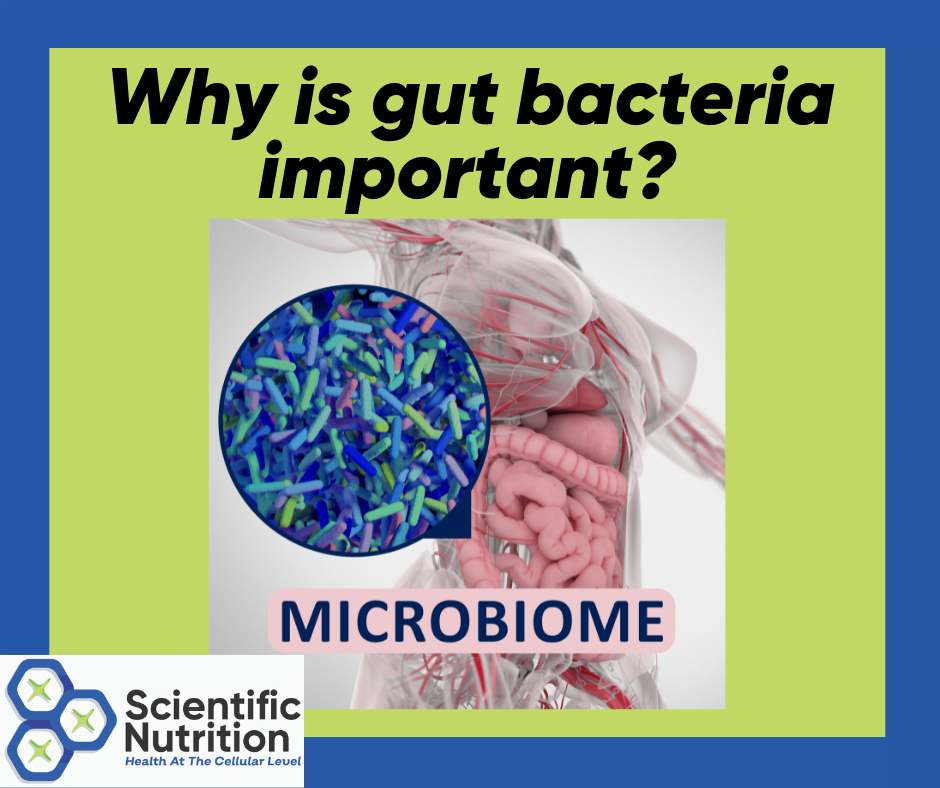 Why is your gut considered your second brain?

When we are developing in the womb our gut is created before the brain from the same fetal tissue.  Your good bacteria colony in your gut is called your microbiome which is like an ecosystem.  It is a powerful community of good bacteria called probiotics.  You have between 3-4 pounds of microbiota bacteria that control your sleep, digestion, immune system, and how you feel.

The gut has layers of microbes or good bacteria in the gut wall mucosa.  It ferments and extracts food into the right receptors of the gut wall for nutrient absorption.

Your immune cells communicate with the microbiome.  If the immune system sees a problem it releases cytokines that send a high alert across the whole body.  This can cause some behavioral issues, headaches, mood swings, depression, and are linked to autism.  Your brain also has direct communication with the gut.  Each of your brain neurons has 7-9 microbes/bacteria circling it to help it work in harmony.  We can’t function in any manner without it.

We have our central gut microbiome with secondary ones containing their own specific bacteria colonies found in your body including:

Do you know why farmers add antibiotics to their animal feed?

You may think it is to stave off bacterial illness but it is mainly because they found it fattens up the animal quickly (due to leaky gut as found by researcher Patrice Canny).

One of the things that can disrupt the balance of your microbiome such as antibiotics.  There is a time and place when necessary but it will not kill a virus.  The Medical Journal of Australia published in 2020, that antibiotics were prescribed 400-900% more than they should have been under their guidelines and for viral infections!

The antibiotics kill ALL bacteria, good and bad, leaving candida (yeast) to overgrow. This yeast will get out of control without enough good bacteria available to keep it at bay much less parasites.   A single dose of the common antibiotic Augmentin or Amoxicillin can wipe out 90% of the gut flora. It may take 2-3 years for your microbiome to recover while some bacteria species may be decimated.

Another issue that may occur when too many antibiotics have been taken is C. Diff or Clostridium Difficile Colitis.  This can be life threatening as the colon become incredibly inflamed and taken over by colonies of bad bacteria.  It is also highly transmittable from person to person by spores.  The best way to correct it may be a fecal transplant (yes it is what it sounds like) done in a hospital setting to reestablish a good bacteria based microbiome.

What is leaky gut?

Leaky gut is caused by openings called tight junctions becoming unable to close all the way or stuck open.  Think of them as microscopic Velcro that is not sticking.  This allows undigested food particles, bacteria, pathogens, and fungus to enter the bloodstream.

The liver becomes congested to the point it can’t filter nutrients, heavy metals, parasites, etc. while inflamed.  It has to dump some into the bloodstream for relief.  The immune system has to throw up defense systems seeing everything as the enemy.  As it is sorting the offenders it is unable to tackle an illness immediately or fully absorb nutrients.

Leaky gut can be caused by taking anti-inflammatory such as Ibuprofen.  One study using capsule endoscopy (a large camera pill you swallow) found 80% of those taking Ibuprofen can have gut damage within 2 weeks of taking it with no symptoms. Over time damage can present as bloody diarrhea, gut symptoms, and bleeding stomach ulcers.

Have you heard of endotoxins?

Follow me in the nerdy weeds for a minute.  Endotoxins come from gram-negative bacteria.  It can leach into the bloodstream due to pathogenic bacteria.  When these bacteria release the endotoxins our inflammatory response skyrockets.  The reaction can be the cause of obesity, immune disease, insulin resistance, metabolic syndrome as well as leaky gut.

We have receptors for endotoxins in our muscles, liver, and our hypothalamus in our brain.  When we eat foods that cause inflammation, the receptors tell our body to open all of the pathways to produce inflammation to draw healing to the areas.

Preservatives are either antibiotics or antifungal which can also kill our good bacteria.  Chemicals such as chlorine are used in municipal city water to kill bacteria but it also kills the microbiome a little each day.

What do you know about Glyphosate known as Roundup?

This is one of my nemeses.  This chemical is very toxic to the gut villi or finger-like pieces in the gut that absorbs nutrients between them.  Originally it was formulated as a corrosion inhibitor for boilers then later patented as an antibiotic in 2010.  It is a probable carcinogen for humans according to the International Agency For Research On Cancer.

You can’t wash away or cook Glyphosate off.  Eating organic, non-GMO is the only way to avoid it.  It takes 12 days to 10 weeks to break down in standing water due to its half-life of 1 to 174 days.  It is stuck between our villi like sticky gum blocking nutrients from getting into the bloodstream.

Glyphosate depletes amino acids, tyrosine, tryptophan, and phenylalanine leading to obesity, autism, Inflammatory Bowel Disease, depression, Parkinson’s, and Alzheimer’s.   These amino acids feed neurotransmitters that can negate mental illness and depression so it is not only a physical issue.  It is also an endocrine disruptor affecting your hormones.

It kills beneficial microbes in plants and has been classified as an antibiotic that is in commercial foods.  When it bonds to mineral ions it turns them into salts.  When the elements of Calcium, Magnesium, Phosphorus, and Zinc are no different than toxic heavy metals.

This toxin has been banned in over 40 countries or restricted heavily.  Disturbingly, the increase of usage of Glyphosate can be seen on a parallel trajectory with gut issues, obesity, autism, and autoimmune issues since it was introduced.  It has been used heavily in commercial farming since 1985. It can be linked to a 41-70% increased risk of non-Hodgkin Lymphoma and bladder cancer.

What foods are high in Glyphosate?

The amount is measured by parts per billion or ppb.  High ppb are found in Nature Valley products and many types of Cheerios flavors, Fiber One Oatmeal Raisin soft baked cookies, flour products such as pizza and pasta.  Chickpea flour and lentils can be at unsafe levels as well.

Wheat and soy are two of the most heavily soaked crops.  At times it can be sprayed with 3 applications as well as having the toxin intertwined within the DNA of the plant known as genetically modified crops.  Wheat protein is higher in the semi-dwarf grown and gluten while being lower in nutrients than found a century ago.  It produces Zonulin in the gut and triggers inflammation in everyone.  After we eat it, the inflammation comes on causing fatigue, indigestion, bloating, and gas that can last up to 2-3 months!

If we eat processed cereal or a regular bread for breakfast we are essentially starting the day with an antibiotic due to the high amounts of Glyphosate.  It is a chelating agent that robs you of minerals.  Eating more grain or vegetables sprayed with it for lunch and dinner would be like taking 2 more antibiotics.  When does your gut have a chance to rebuild good bacteria or heal the gut lining?  It doesn’t, so we will slowly become depleted.

What are foods that are higher in Glyphosate?

What symptoms are linked to gut issues?

What can irritate the gut?

What are supplements that can help to correct leaky gut?

How can I help to grow my gut bacteria?

If you heal your liver and your gut it will heal you.

Finding what nutrients you need to rebuild your body and which heavy metals need to be detoxified will boost your health in the most in-depth way possible, from the cell out.  Are you ready to feel awesome?

Does fluoridated water cause cancer?