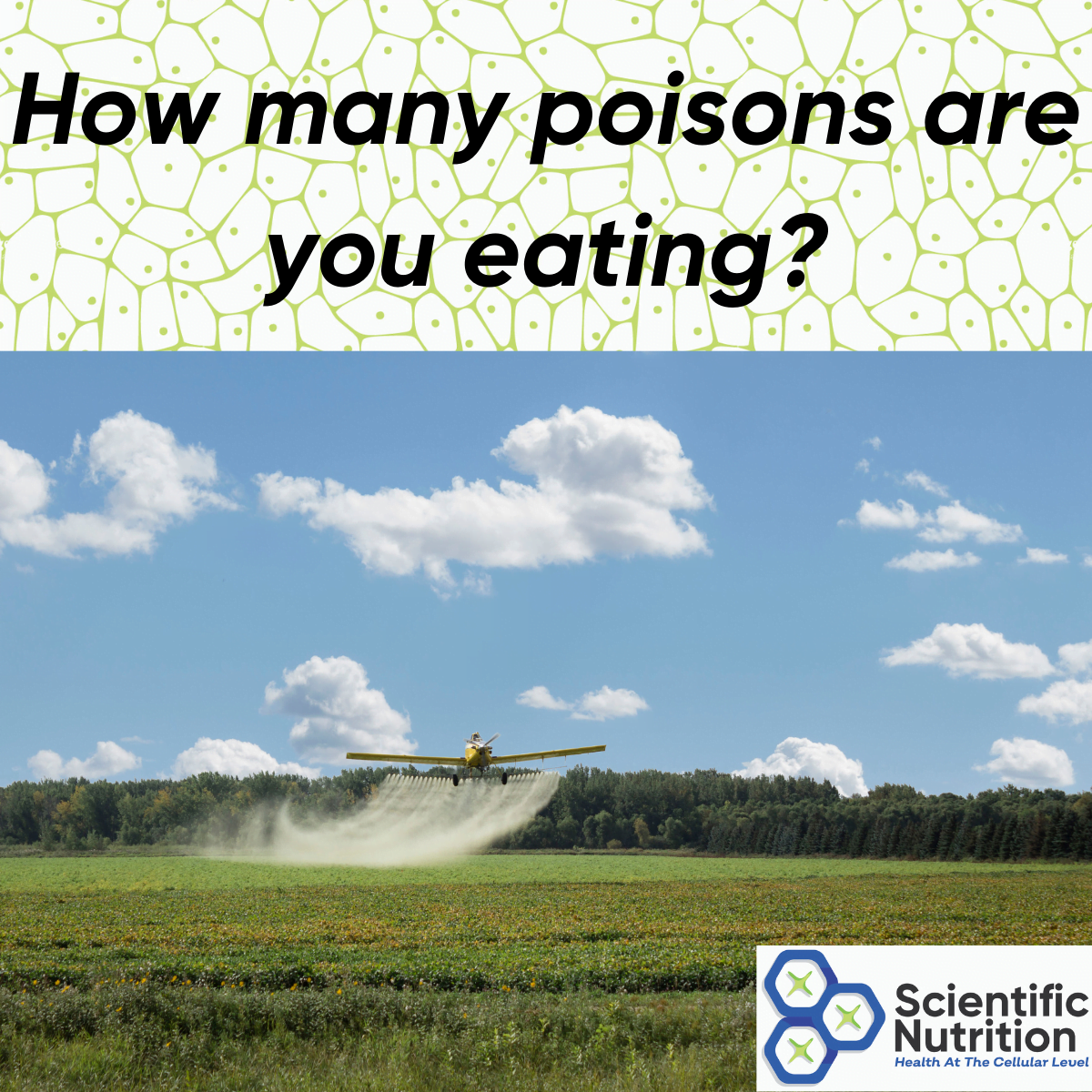 EPA approved pesticides are a part of your food!

Have you ever heard of the poisonous pesticide Aldicarb?

Aldicarb is banned in most countries along with Glyphosate the EPA is considering allowing the use again.  AgLogic, one of the companies that make Aldicarb, has applied for approval from our EPA to use again in creating toxic oranges, lemons, limes, and grapefruit in Florida and Texas.  It would be used on 400,000 acres of crops.   In 2010 the EPA eliminated the use of it for potatoes and citrus plants because it is so toxic.  Exposure is 8X greater than the level that has proven to cause harm to us.  This toxic pesticide is made by Bayer CropScience who also has purchased Monsanto’s Glyphosate (Roundup) chemical rights.  Aldicarb is still being used on cotton, sweet potatoes, and sugar beets along with Glyphosate.

The EPA is also considering usage of a medical antibiotic called Streptomycin as a pesticide on ½ million acres (650,000 pounds) of the SAME trees considered to be sprayed with Aldicarb and other pesticides.  It is alarming as the United States only uses 14,000 pounds of Streptomycin for medical purposes yearly to be used to fight Tuberculosis (TB) that 1.5 million people died of last year.  The overuse will cause a resistant bacteria making it useless to treat this human illness.  All of the run-off will eventually end up in our waters after killing beneficial soil bacteria on its way down.

The U.S. allows 85 pesticides to be used at hundreds of millions of pounds per year.  Most are banned or are being phased out of China, Brazil, and the EU.  In recent years they’ve allowed 100+ dangerous chemicals to be used including 2 containing methyl bromide which disrupts our cells, sterilizes the soil when injected 2 feet into the ground, and depletes the ozone layer of our atmosphere.  Methyl Bromide progressively causes our cells to have dysfunction and reduces glutathione levels (our body’s largest anti-oxidant) .  It is used to treat grapes, nuts, asparagus and on wood to kill wood boring pests.  It is a neurotoxic gas that causes headaches, visual issues, dizziness, lung edema/irritation, convulsions, heart fibrillation, coma and death.  The residue is left inside of grains to be ingested.  Sound yummy?

The EPA said the would phase it out in the Montreal Protocol 15 years ago but are now considering allowing more use of it?

Did they think everyone would forget?

Where Fluoride comes from?