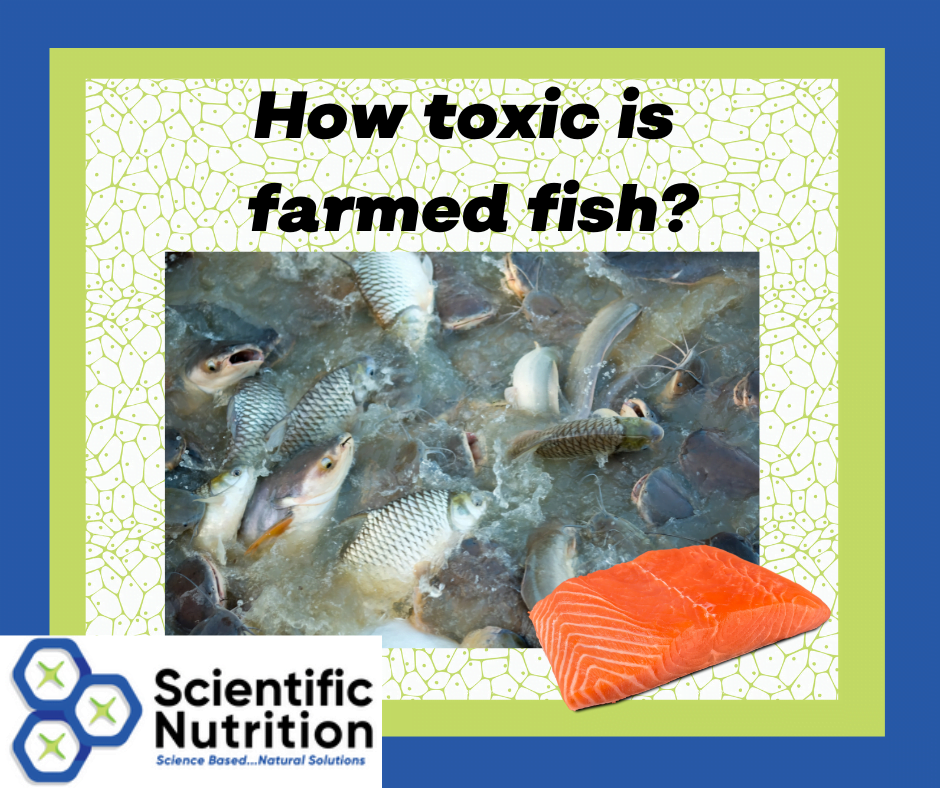 Is your fish loaded with mercury toxicity and pesticides?

Toxins are stored within fat, the higher the percentage of fat, the more the toxicity load.  It applies to heavy metal toxicity, PCBs, dioxins, antibiotic residue, and pesticides.  You think you are eating healthy only to discover it is accumulating toxins at each meal.  Let’s follow the fish back to their food source and care to see why.

Not all salmon is the same, are farmed fish healthy?

Salmon is highly marked for its health Omega 3 fatty acids but there are differences in the source.  Farmed Salmon may sound like it is more beneficial with its 14% fat content instead of the wild-caught salmon at 4-5% fat but it is not.  The farmed fish are 5X more toxic than any other foods in the grocery store, even processed foods! They are also lower in iron and calcium than the wild-caught.

What happens when farmed fish is eaten?

A test group of lab rats reflected the rodents that were fed a western diet (Standard American Diets known as SAD) had more adipose or bad belly fat.  When adding farmed fish to their diet they developed diabetes and obesity as a result of the environmental pollutants.

What are the farmed fish fed?

Where does the farmed fish pellet food come from?

These pellets are made up of a fish oil concentration made up of sand eels and fish skin due to the high fats.  They also mechanically add protein powder mixed with Ethoxyquin.  It is being used to preserve the fat in the feed from getting rancid.

It was created in the 1950s and registered by Monsanto, the same company that makes Roundup/glyphosate linked to cancer.  In 1965 it was available for use as a pesticide to treat RUBBER.  Now it is added to the food supply through these fish pellets.

The EFSA (European Food Safety Agency) has NO safety studies on long-term toxicity or cancer risk, reproduction, fetal development, and neurotoxicity.  There is no data to show ANY safe levels.  Ironically, it is legally and strictly controlled to preserve fruits and vegetables, not that it is good for us in any way or on any level.

Why hasn’t anyone said or done something about it?

Research Victoria Bone, a former employee of NIFES in Norway discovered no one has studies on the effects of this toxic chemical.  She made over 6 hazardous discoveries including the carcinogenic effects and the fact that this chemical can cross the blood-brain barrier.  She was not allowed to publish her findings before they gave her no choice but to quit her job.  When pressured to change her results she opted to find different work rather than be a part of poisoning people knowingly.

Another researcher named Claudette Bethune was “let go” from the agency in 2006 after finding links to health hazards.  After accusing her superiors of falsifying her finding in a Norwegian newspaper.  Of course, the story died off without change happening or the NIFES doing anything about it.

Why haven’t government officials done anything about the poisoned fish?

Around 2018 the safety studies were cut off by the Norwegian Administration of Fisheries.  Lisbeth Berg-Hansen decided not to answer questions and claimed to know nothing about it although she cut the studies.  She was working for the world leader in pellet production, a company called EWOS for 4 years from 1988-1992 as a consultant yet claimed to be unaware of the ingredients.  Ironically, she moved on to become the political advisor in the Ministry of Fisheries for the next 4 years.

Isn’t that the fox in the hen house?? 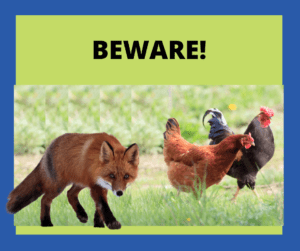 Her ‘resume’ shows extensive work in the Salmon industries, union, and to have been a lobbyist for them.  She owns 8% of the commercial fish farms under JMJ Invest and another 20% is owned by her director.  Yet another 30% is owned by her family members so there is deep personal gain wrapped up in her decisions to allow for the flow of fish.

Why are there antibiotics in fish?

Antibiotics are used to stop bacterial infections.  When comparing fish sourced from Chile (2018) and Norway (2008) there is a vast difference in antibiotics in the meat.  Chilean fish were found to contain 530 grams per ton whereas Norway had 1 gram.  Sounds great right?  Not when you also consider pesticides.

In Norway, they spray pesticides onto the farm ponds with full PPE suits and gas masks.  Why?

It is the same chemical compound used during World War I to KILL people.  They have to pump large amounts of the liquid into the water to eliminate sea fleas.  These pesticides and insecticides can create toxic hydrogen peroxide that is 28X higher than safe levels for humans.  It is impacting other aquatic life as well as those who like to swim in the oceans.

What is the worst source of fish?

The Baltic sea supplies the source of most of the sand eels even though it is one of the most toxic seas on the planet. There are 9 surrounding countries dumping chemicals into the sea through farm runoff and industrial waste.  This has concentrated the chemicals into the salmon and herring as they are fattier fish.  It is bound in their meat within the fats.

It is advised to consumers to not eat the fatty fish sold by fishmongers that the Baltic sourced fish are toxic.  NO consumption is advised if you are pregnant.  Remember the bigger the fish the larger the number of toxins you will ingest.

What happens to fish bodies after the fillets are cut?

The French government for one does do surprise inspections.  They want to make sure what is listed on the label is truly what is on the inside of the box. If a manufacturer mislabels a product it is prosecuted as fraud.

Once the skin is processed for use in cosmetics, the heads and bones are turned into a pulp that looks like pink liquid spam.  This pulp is meat left closest to the bone, eyes, and other remains.  Nothing is wasted.  It is put into processed foods for human consumption and pet foods.  It is 10X cheaper than a fish fillet and the pulp does not get listed as such.

A big food brand that sells Cod & Potato Pie listed cod on the label but was found to contain 23% of the “pure” cod, not fillet meat.  It also contained 3 parts of Alaskan Pollock.  The pollock raw material was not listed on the label and is a much cheaper product.  The Departmental Directorate for the Protection of Populations in France can’t tell for sure but if the pollock is farmed, it too can contain toxic pesticides.

So what kind of fish should I eat, farmed fish vs wild caught?

Finland Fish are still acquiring large doses of radiation from Fukushima as well as PCBs, mercury, dioxins, radioactivity, and other heavy metals.

I do not agree with the “safe” fish choices as supplied by the FDA recommendations as they deem large fish that have accumulated incredible amounts of heavy metals to be safe to be eaten only once a week.

Eating Atlantic caught, non-GMO, wild, skinless, boneless sardines is your best choice.  You will get a good source of protein along with your weekly needs of DHA/EPA fish oil if you eat 3 cans a week.  Many of my clients will substitute tuna fish with a “sardine fish” sandwich or cook with herbs and butter.

If you need help detoxifying, LET’S CHAT about your health goals!

Where Fluoride comes from?

What is the best diet to lose weight at home?